Go back to Assertiveness: Tiger or Teddybear?

Passive aggressive behaviour comes in when people struggle to express negative emotions directly to others. Instead of expressing anger, for example, they might turn it on themselves or show it in an indirect way.

If you are trying to understand this tricky behaviour the clues below will help.

What does 'passive aggressive' mean?

This is when hostile feelings are expressed in an indirect way. Passive means 'not taking direct action'. Aggressive behaviour is when someone uses undue force to try to get what they want, and is overly inclined to attack or confront others in the process. 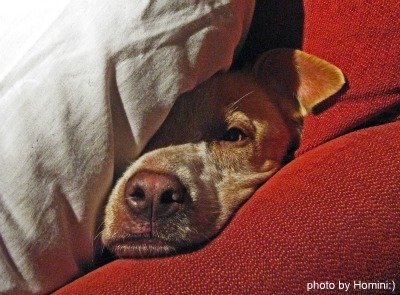 Passively expressed negative feelings show up in body language and voice tone, like someone saying:

"You look just perfect", but using a sarcastic voice and rolling their eyes at the same time.

With passive aggression, the body language and voice tone don't usually match the word-message. And the communication is often indirect.

Someone might agree with you, or even say something positive, but their body language is negative in some way and gives you the feeling that they are not actually agreeing, even though they say so.

Because the two messages (verbal and physical) don't match, it is very confusing for the other person, and difficult to understand or deal with.

Which is precisely why people act in a passive aggressive way. Because the message isn't clear, it allows them to partly hide their true feelings and avoid having to deal with the consequences of expressing them openly.

What about talking behind someone's back?

Sometimes passive aggression goes a step further with negative feelings being expressed behind someone's back. The intention is usually to undermine the other person by making them look bad to others, without risking a confrontation (which might happen if they spoke to the person directly).

These kind of 'sneak attacks' are very destructive both ways as they don't give the other person an opportunity to respond or give their side of the story. At the same time, it also reveals to others that you are willing to stab people in the back (figuratively speaking).  People don't usually admire or respect back-stabbing, even if they listen or appear to agree with you at the time.

It takes more courage to speak directly to someone and tell them your true feelings.

It's one thing to ask friends for advice about someone you feel is giving you a hard time, so long as you intend to address those issues or try to resolve them in some way. It's ok to let off a little steam now and then, with people who know you and who can lend a helpful ear or provide a useful perspective without judging the other party unfairly.

It's passive aggressive to keep moaning to others about how terrible someone is in order to undermine them, when you never intend to address your differences with that person or try to resolve them. It is not only passive aggressive, it makes you look bad.

This is when someone doesn't directly say what they want or feel to the person involved, but might hint at it through body language and tone, or might make a request in a roundabout way.

Some people don't like people tearing pictures out of magazines.

Please don't tear pictures out of my magazines.

What are some examples of passive aggressive behaviour?

What's wrong with being passive aggressive?

It fuels anger, is manipulative, and blocks effective communication.

It doesn't solve anything, and it causes bad feelings to linger. In short it is very bad for relationships.

When you act in a passive aggressive way it can also lower your own opinion of yourself, so it is bad for your self esteem too. 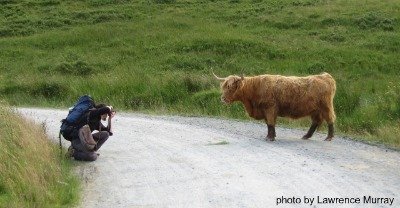 Why do people act in a passive aggressive way?

They fear what would happen if they expressed their true feelings.

They may lack assertiveness skills or social confidence.

They want to avoid the pain or discomfort they might feel if they express themselves openly.

They want to avoid conflict more than they want to solve the problem.

They fear 'punishment' or 'retribution' for saying what they really feel. This could be because of past events that taught them it is better not to say what they feel out loud.

They want someone else to take care of the problem.

They don't want to admit their own feelings (they'd rather pretend they are fine, even when they are not).

They don't know how to communicate negative feelings directly. They don't have the words, or they fear feeling overwhelmed, or they fear losing control of themselves. So they try to avoid the issue by e.g. smiling when they are actually disappointed, or angry.

Is 'getting back at someone' without them knowing who did it passive aggressive?

When someone does something nasty to me, how can I deal with it without being passive aggressive?

Use assertive communication, instead.

How do I stop being passive aggressive?

Become more assertive. Figure out what is preventing you from being open and direct about what you think, feel, and want and start to change the way you express your feelings.

If its fear stopping you, you will have to confront this and overcome it by actually taking the risk of speaking your true feelings. Once you've practiced this a few times and had a few successes with it, your confidence will grow.

If you're dealing with old fears and pessimism, then trying something new will give you opportunities to dispel your belief that saying what you think and feel leads to trouble. You'll be surprised at how readily people will give you what you want when you simply ask for it in a positive way.

Of course, it won't work out every time. But if you've put your preferences out there, there's more chance they'll be taken into consideration than if you keep them to yourself.

Also, not every situation will require equal openness. Use your judgement and discretion. It is possible to say what you want and be tactful too. And sometimes its best just to listen and not say anything at all.

Can you provide some tips for how to speak my mind more easily?

Be prepared to give something up sometimes, and press for what is important to you at other times. Life is a give-and-take.

Ask for the behaviour you want rather than moaning about what you don't want. e.g.

'Please tell me what you are unhappy with rather than calling me names.'

'You always leave your dirty stuff lying around, I'm sick of it!'

Becoming more assertive by asking for what you want is like opening your arms wider to receive more. As you do this, be as willing to accommodate to others wishes where possible. Allow others the space to say what they want too.

How do I stop someone else from being passive aggressive?

If you figure this out, please let us know, will you? :)

Seriously, though, there are some things you can do that will be helpful.

Sometimes just saying plainly what you see when it happens can help bring more awareness to the situation. For example, saying:

"You know, you're giving me a compliment, but you also sound sarcastic at the same time. That's kind of confusing. What do you really mean?"

Or you can give the person an opportunity to discuss their feelings. For example saying:

"You say you are fine, but you actually sound upset, is something wrong?"

If they continue to deny these feelings, there is nothing more you can do except say:

"Well, feel free to talk to me if you want to."  Then leave it up to them.

In important relationships where passive aggression is chronic and getting in the way of a healthy life together you might have to be really firm about what you want.

"I've noticed that you sometimes act unhappy (or angry), but when I ask you about it you always tell me nothing is wrong. At the same time, you still act in a moody way and are irritable and unpleasant to be around. This is damaging our relationship.

If you don't want to discuss your feelings, that's your choice. But I also have choices. And I want to choose a happier way of being together. I ask you not to take your unhappy feelings out on me, while refusing to speak about them or try to resolve them.

If something is bothering you, speak up, so we can fix it. If you don't speak up, but still continue to act in a moody and irritable manner towards me I'm not going to accept this."

You might have to give some serious thought to what you will do if the person does not meet you half way by at least trying to talk about things, or trying to be more cheerful and friendly even if they don't want to talk about issues.

Only you can decide if its worth it to remove yourself from the person for a time to see if things improve, or if you will continually confront them when they slip back into passive aggressive responses.

With someone important to you, you might feel the relationship is worth the energy and effort required to keep on trying when the other person gives you nothing back. Only you can decide if its worth it. Personally, I prefer a give-and-take. Both people must have their needs met at least some of the time, for the relationship to work.

And sometimes, in situations that don't involve an important relationship, it can be best to just ignore the underlying message and respond only to the obvious words.

The way someone else behaves is a reflection of them, not you. You can offer them opportunities to change by being open and honest about how you experience their behaviour, but don't expect them to change unless they want to!

If you have other questions about passive aggressive behaviour that you would like to see answered, send them in!