Have you ever noticed how some people who are quite intelligent in book-learning ways, can still say or do quite foolish things?

Then there are other people, who don't consider themselves to be particularly good at complex reasoning, yet who shoot up the ranks and outshine everyone else based on their charm and social skill?

I once had a young colleague, who walked around the office exclaiming "Oh, my sack" every five minutes. Including in front of clients. I asked him if he actually knew to which "sack" he was referring. Turns out he didn't. It was just an expression he had heard amongst friends, liked the sound of, and used without knowing the meaning. This was a uni graduate, able to do the math, but somehow tone-deaf to the implications of certain words.

Although I find this type of gaffe hilarious and mostly harmless, there could have been some clients who wouldn't appreciate it. And some settings in which it could cause actual offence. Who knows what else he would say off the top of his head? 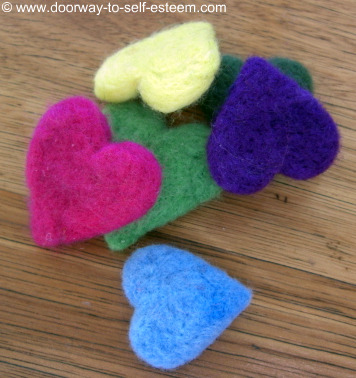 We all have our moments of making silly errors or being less than tactful. But your emotional IQ - more correctly called EQ (Emotional Quotient) - plays a big role in how well you handle yourself, people and situations.

In fact, it has been shown to play a bigger role in work success than either previous experience or intelligence.

This same colleague, for other reasons, enraged the owner of the business to such an extent that he was almost fired. Had he had a finer sense of how his behaviour impacted others, it might not have been necessary for us to persuade the boss to give him a second chance.

Being heartwise is more than just a 'nice-to-have'. It involves an essential set of skills that helps you manage yourself and people effectively.

Understanding emotions is a critical element that can either enable or disable relationships.

Do You Have These Emotional Intelligence Skills?

Pitfalls of an Underdeveloped Emotional IQ

During the course of my work assessing business people for career development purposes, I interviewed a man who considered 'communication' to be simultaneously a strength and a weakness.

He felt he communicated well, even though a number of people, including his wife, regularly thought he was angry due to the loudness and harshness of his tone of voice.

According to him, these were simply "misunderstandings". In spite of several people saying that he came across as angry, he was adamant that he was merely "loud" and "misunderstood".

You have to ask why, though, when he found out that people reacted badly to his loud tone of voice, did he still choose to continue speaking in that way?

With more emotional insight and self awareness he would have been able to identify what emotion was causing him to speak harshly and see that this way of speaking was causing friction.

With more skill in handling his emotions he would have been able to assess the potential damage and handle it differently.

You Need Both Insight And Skill

Let's imagine that this man suddenly got a jolt of emotional insight and realised that his voice tone became harsh whenever he felt frustrated and stressed.To change his behaviour he would need a number of other emotional intelligence skills besides insight, e.g. the ability to:

Emotions are a kind of language that everyone understands to different degrees. Even children who are not yet able to speak, or animals, 'understand' and respond to emotions in a very basic way.

Ever noticed how just when you are feeling stressed the baby or kids start to act out, making things so much worse? Or have you noticed how Cesar Milan, the 'Dog Whisperer', places a lot of emphasis on getting dog-owners to relax and adopt a 'calm, assertive' state of mind because of how their feelings affect their dogs?

If you are feeling stressed or angry, you communicate these feelings to those around you. Even babies and pets can pick up on your feelings and respond to them, regardless of whether you are trying to hide them or deny them!

The problem is, your emotions still affect you, and those around you, whether you recognize them or not.

Being able to 'read' emotions correctly is a particular skill that gives you an advantage both at home and at work!

Things go wrong when you 'read' people incorrectly, when you hold back too much, or blow up over little things. Getting the balance right is all up to your emotional IQ skills (EQ).

Why Understanding Emotions Is Self Esteem In Action

Because emotional intelligence is so closely woven with your everyday way of dealing with life, it can be a huge contributor to, or detractor from, self esteem.

Use the tips and activities given in these pages to develop your emotional IQ, self awareness and positive self esteem.

A strong emotional IQ depends on having the insight as well as the skills to deal with emotions. The most basic of all these skills is self awareness.

The Difference Between EQ and IQ

EQ stands for 'Emotional Quotient', and refers to emotional intelligence.

IQ stands for 'Intelligence Quotient' and is a measure of reasoning and problem-solving abilities often used as an indicator of a person's overall intelligence.

You can be highly intelligent on an IQ scale, but have poor emotional IQ skills and vice versa. If you are good in both areas you have a great advantage.

Because of the impact of emotional intelligence factors such as being persevering, self aware, and self motivated, having good emotional IQ skills can carry you through many situations.

Poor emotional IQ skills provide an explanation for why some very intelligent people can still mess things up (especially relationships)!

Exploring Emotions through the Five Senses

Dealing With Criticism Part One: For The Critic