Forms of Bullying At Work

Bullying at work should be easy to identify, but when you are having a hard time with someone it is sometimes difficult to recognize whether it is bullying or just bad chemistry between you.

Not everyone likes everyone equally, and sometimes we just don't get along with certain people.

Bullying is destructive and shouldn't be taken lightly, but take care not to make accusations lightly either. It could be a mistake to label someone a bully, just because you feel put-down by something they said.

It is possible to misread a situation and feel insulted, even when the other person is not actually aggressive or disrespectful. This happens all the time between husbands and wives, why shouldn't it happen at work? 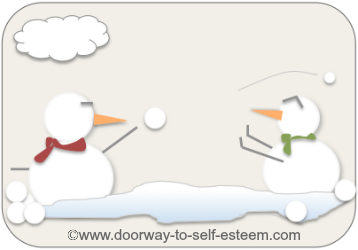 Conflict and differences of opinion are always going to happen between people, even when you are trying to get along. But bullying is different to occasional arguments or upsets.

The difference is in the way that the conflict is handled. If you are taken to task, but in a way that is still respectful, then it is an ordinary confrontation and not bullying.

Even if the other person is angry with you, and says so, does not mean they are 'bullying' you. It all depends on the way that they say it and whether they cross the boundaries of what is regarded as acceptable behaviour.

Bullying at work can take many forms, including:

This is when the bullying is aimed at a personal characteristic that is protected by law. For example:

Businesses usually have clear guidelines in place for how to deal with this kind of bullying. Because the law is behind it penalties are usually severe and not even bosses can get away with it. 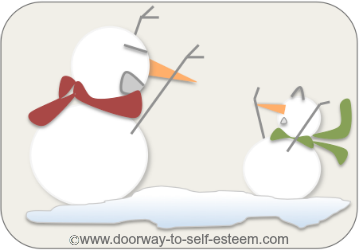 This is when someone makes threats. For example:

I think you better do as I say or you might find things don't work out so well for you here.

If you don't do this I'll make sure you lose your job / never work in this industry again / get given all the worst assignments.

This is when someone tries to shame you or make you look bad in front of other people. For example:

Making innappropriate jokes about you.

Criticizing you, insulting you, belittling you or telling you off in front of others in order to humiliate you.

Encouraging others to insult or criticize you.

Deliberately speaking over you during meetings.

Yelling or using physically intimidating gestures towards you.

Habitually taking credit for work you have done.

Cheating you out of earnings or 'stealing' clients by deceitful means.

Getting you to do something by misleading you or lying to you.

Deliberately upsetting you or making you angry in order to achieve something or get you to do something you would not have done without their influence.

Making you feel bad or guilty for not doing something. (Someone can only do this if you let them!)

Attacking Your Reputation or Social Exclusion

Badmouthing you, telling lies about you or spreading false rumours about you - this includes gossiping.

Twisting events or deliberately highlighting your weaknesses to others when they have something to gain by it.

Blatantly ignoring you or ostracizing you (deliberately cutting you out of social events, discussions, meetings etc).

Blaming you for errors they or others have made (passing the buck).

Setting you up for failure by purposefully delaying or withholding important pieces of information or 'losing' vital pieces of equipment.

What To Do About Bullying At Work

If you are experiencing any of the above then you may well be dealing with workplace intimidation. This type of treatment eats away at your self esteem, and causes stress and anxiety that can eventually erode your health too.

You deserve to be treated with respect at work. Don't hesitate to take steps to address bullying.

But if you are often on the receiving end of these types of behaviour, also try to see what you might be doing that forms part of this 'critical circle'. One way to break out of it, is to identify what you can do differently.

Read the articles below for some ideas on how to handle different forms of bullying at work. You need a different approach for dealing with bullying from a manager or a co-worker.